The following article was posted on the NYSUT website…

In Nevada, the teacher shortage is so acute the superintendent launched a “Calling All Heroes” recruitment campaign by dressing up as Clark Kent and zip-lining over a street in downtown Las Vegas. In California, lawmakers are considering giving teachers a series of tax breaks, including a state income tax exemption, if they remain in the profession more than 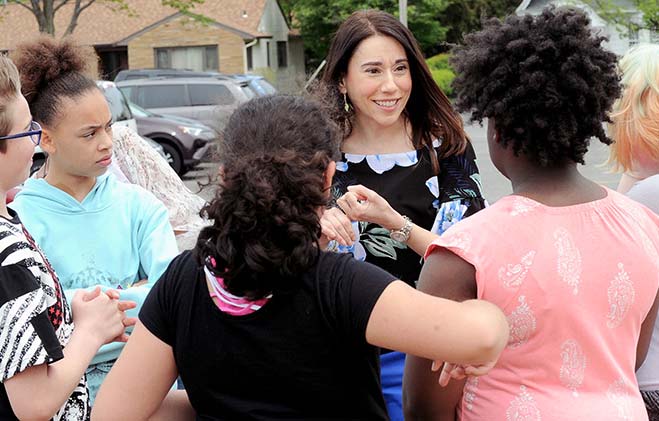 five years. In the Midwest, districts are putting up billboards in neighboring states and offering hiring bonuses to entice out-of-state teacher applicants.

Here in New York, the situation is not yet that dire, but the storm clouds are swirling.

As baby boomer teachers retire, and more and more teachers leave the profession for other reasons, enrollments in teacher education programs are plummeting.

What do you think? We want to hear from you: What are the best ways to bring in and support the next generation of teachers? Do you have existing programs in your districts or colleges to support teacher recruitment, preparation and retention? How can the union partner with you and your students to encourage them to go into the profession? What would you say to encourage future teachers? Go to www.nysut.org/futureteachers to submit comments, or post on our Facebook page — www.facebook.com/NYSUTUnited.

The ominous numbers, included in a new fact sheet prepared by NYSUT’s Research and Educational Services, are telling:

“When you look at all these numbers together, it’s really the perfect storm for an upcoming teacher shortage crisis,” said NYSUT Executive Vice President Jolene DiBrango, who oversees NYSUT’s Research and Educational Services Department. “We need to raise awareness on the issue — and work with higher ed and others to attract more students and adults to the profession.”

At a meeting this spring with NYSUT local leaders, State Education Commissioner MaryEllen Elia said finding ways to recruit and retain teachers must be front and center. 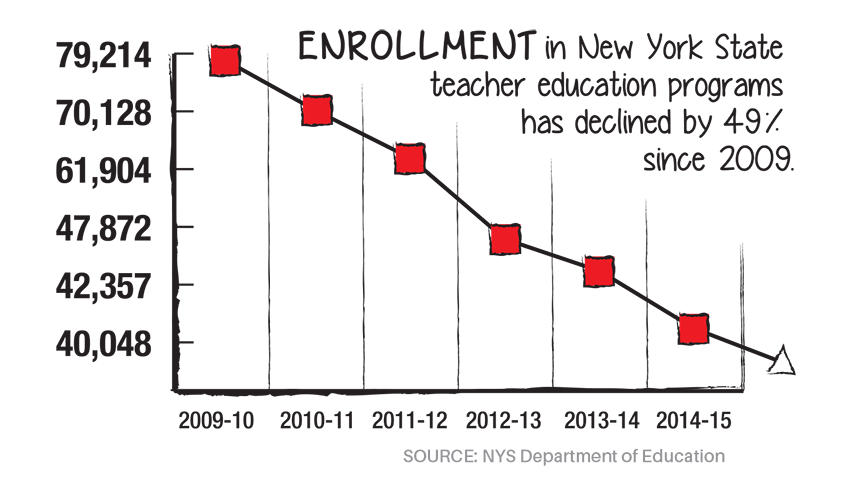 In many parts of the state, the shortage is already manifesting:

SED’s “Teacher Supply and Demand Report,” has not been updated since 2013 . However, anecdotal evidence shows New York’s current teacher shortages are hitting urban and rural districts the hardest.