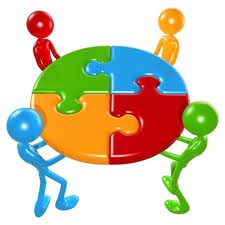 This afternoon, members of the UTN and District negotiations teams met with mediator Jay Siegel, at the offices of Ingerman Smith in Hauppauge, for the first mediation session since the Declaration of Impasse was filed on October 16th.

Representing the District were Board Trustees David Badanes and Jennifer Thompson, Assistant Superintendent for Human Resources Rosemarie Coletti as well as Board Counsel John Gross and Board Counsel Rachel Lorig. The entire UTN Negotiations Team, along with NYSUT Labor Relations Specialist Sean Callahan, was present.

As anticipated, the session began with both sides meeting together with Mr. Siegel for introductions and an overview of the process. The parties then separated for individual meetings with the mediator. Mr. Siegel met with the District representatives first, and then with the UTN team.

After providing the mediator with several documents, including the UTN’s initial proposals, President Blanck presented a detailed summary of the current negotiations process to date, as well as other pertinent information. In an effort to gain greater insight into the process, the session continued with Mr. Siegel posing various questions to the UTN team.

Before adjourning for the evening, the parties set the next two mediation sessions for Wednesday, January 28, 2015 and Wednesday, February 11, 2015.

The UTN PAC will next meet on Tuesday, December 16th. Information regarding future activities will follow that meeting. Please see your building’s PAC representative(s) for more information.

Thank you for your continued support!